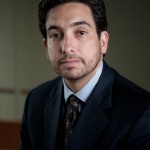 Philip Napoli is professor of Journalism & Media Studies in the School of Communication & Information at Rutgers. Professor Napoli’s research focuses on media institutions and policy. His books include: Audience Evolution: New Technologies and the Transformation of Media Audiences (Columbia University Press, 2011); Audience Economics: Media Institutions and the Audience Marketplace (Columbia University Press, 2003); and Foundations of Communications Policy: Principles and Process in the Regulation of Electronic Media (Hampton Press, 2001). His research has been supported by organizations such as the Ford Foundation, the Benton Foundation, the Social Science Research Council and the New America Foundation, and has received awards from organizations, such as the International Communication Association, the Association for Education in Journalism & Mass Communication, the Broadcast Education Association, the National Communication Association, and the National Business & Economics Society. Professor Napoli has provided formal and informal testimony on media policy issues to the U.S. Senate, the Federal Communications Commission, the Federal Trade Commission, the U.S. Government Accountability Office and the Congressional Research Service. He has been featured in media outlets, such as the NBC Nightly News, National Public Radio, the Los Angeles Times, Consumer Reports, Billboard and Politico. He has previously served as a Knight Media Policy Fellow with the New America Foundation, and as a Visiting Research Collaborator at Princeton University’s Center for Information Technology Policy. He currently serves as a Docent in the Department of Communication at the University of Helsinki. 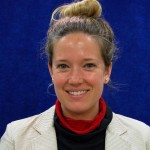 Sarah is a PhD candidate in the Department of Media, Culture & Communication at New York University. Her research combines political communication, media sociology and intellectual history. Her work is both quantitative and qualitative, using the former to see patterns in news content over time and across outlets and media, and the latter to put these patterns into their socio-historical and political-economic contexts. Sarah also has a strong interest in media policy, as it was shaped by the social and political currents of the past, and as it is practiced in the digital era. Sarah was a summer fellow at the New America Foundation in 2011, and has been published in Journalism & Mass Communication Quarterly, Media, Culture & Society, and Journalism Studies.

Kathleen (Katie) is a PhD candidate in media studies at Rutgers University. She was previously a Tow-Knight research fellow, where she co-authored a research report on the local news ecosystem in New Jersey. She also works with the Institute for Women’s Leadership at Rutgers on their Women, Media & Tech initiative, and is a seminar fellow at the Institute for Research on Women at Rutgers for 2014-2015. Her dissertation uses ethnographic methods to study what scrapbooks tell us about craft, femininity and labor in the United States today.

Bryce J. Renninger is a Ph.D. candidate in the Media Studies program at Rutgers University’s School of Communication & Information.  His research tracks the communication of under-represented, non-mainstream, or contested ideas by focusing especially on the ways that media technologies and media industries impact the circulation of these ideas.  His current projects look at 1.) the focus on impact in documentary filmmaking and 2.) non-normative sexual politics and digital information and communication technologies.